For decades now, the typical British Police car has been something reliable, boring and lifeless, like a V***hall Astra. Oversea's however it seems to be a different case. Dubai have been known to utilise an array of super cars in their fleet, and Italy have recently adopted an ex-mafioso's Ferrari 458 Spider in Milan.

This time it's the Japanese Police that are benefiting from a fleet upgrade. An unnamed individual has donated a Nissan GT-R 'Pure Edition' to the Tochigi Police Force. The car has been treated to a conversion by a local company, ready for it's life of action ahead.

Seeing a police car in the rear view mirror is never nice for a bank robber, but when they notice that it's also a Nissan GT-R, they might as well just put the cuffs on them self. 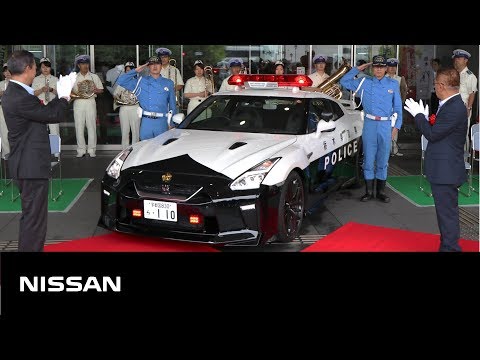